The final of the European Rally Trophy will take place in Switzerland in ten days on the 17-19 October. For the very first time, the Rallye International du Valais (RIV) will host the ERT final, with the top crews from seven regional European championships converging on the Swiss canton to decide who will be declared the best of the best in 2019.

The 60th edition of the event will feature both classic stages and some new speed tests that will spice up the itinerary around Sion, with the Alps providing a breathtaking backdrop to this thrilling finale.

ERT: This is the overall classification in each of the eligible rallies, which is dominated by Class R5 cars. These are defined as cars conforming to the 2019 Appendix J, Art. 261 and are Touring Cars or Large Scale Series Production Cars, with a supercharged Petrol engine and 4‐wheel drive.  At least 2500 identical examples of these cars must have been manufactured in 12 consecutive months and homologated by the FIA in Touring Cars (Group A).

Class R5 cars are powered by a 4 cylinder 1.6-litre turbocharged engine and using a five-speed gearbox. The combined minimum weight of the car with only one spare wheel and crew (driver + co‐driver) is 1390 kg. Cars eligible for this class are the Ford Fiesta, Citroën’s DS 3 and C3, Peugeot 208 T16, Škoda Fabia, the Hyundai i20 and the VW Polo GTi R5.

ERT2: This class is for Group N Four Wheel Drive (4WD) cars that conform to the 2019 Appendix J, Art. 254. Group N is defined as large scale series production touring cars. At least 2500 identical examples of these cars must have been manufactured in 12 consecutive months and homologated by the FIA in Touring Cars (Group A).

ERT Junior: A special class for the rally stars of tomorrow.  Drivers must have been born after 1st January 1992 and must drive a car conforming to Class R1 or R2 regulations.

With competitor registration for the European Rally Trophy final having closed on Sunday 6 October, the entry list will be unveiled in the upcoming days.

The Rallye International du Valais gets underway on Wednesday 15 October with reconnaissance over two days. Scrutineering and admin checks take place on Thursday 16 October, with the start of the first leg of the rally taking place on Friday 17 October and concluding on Saturday 19 October.

For more information on the 2019 European Rally Trophy CLICK HERE.

For more information on the Rallye International du Valais visit the website HERE. 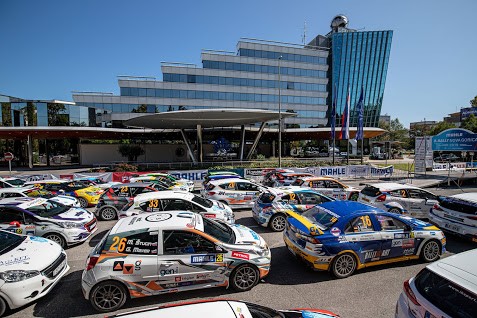